My friend Kees showed me this video some years ago. I was just reminded on these guys in a recent issue of Relevant Magazine. LINK HERE. If I were you, which I’m not but go with me, I would watch the video and read the article. Neither take much of your time. Your oh so precious time.

The man in black. Persona or reality?

“I wear the black for the poor and the beaten down,
Livin’ in the hopeless, hungry side of town,
I wear it for the prisoner who has long paid for his crime,
But is that because he’s a victim of the times.”

When Johnny says those words, I believe him. I trust him. If I were to describe Johnny Cash in a word it would be “authentic.” And that goes for his writing, his voice, his guitar playing. Is any part of his sound polished or classically trained? No. But it’s real and I appreciate that. I think a lot of people appreciate that about Mr. Cash. There is a whole lot of room in the biz for music made by people with their whole heart. With everything. I can almost see the tear drops on his guitar and the sweat drippin’ from his brow in some country studio. I never witnessed those things, but I can feel it in the straining of his voice. Give this song a listen and also listen to “Country Trash.”

While one could tell that the adjunct professor was knowledgeable; his bombastic presentation was over-reaching, verbose. The students surmised his need to look intelligent outweighed his desire to communicate the material effectively.

This song was also in the movie “Wish I was Here” (I have mentioned the movie a few times now and really dig the soundtrack). Embry has toured as a pianist with the likes of Elliott Smith and Edward Sharpe. I hope he continues to put out his solo work because I think he has an effortless, whimsical sound that I want to hear more of. In fact I demand to hear more of it. Whoa, just went from the word “whimsical” to anger in under 5 seconds. Guess that’s what wonderful music does to me.

Did you know that Aesop Rock and Kimya Dawson of Moldy Peaches (think “Anyone else but you” from Juno) are making music together? I didn’t until about a hour ago. They actually make a great combo with their off-the-wall, disjointed metaphors and Basquiatian originality. Aesop Rock has one of the coolest voices in hip-hop and you can tell it’s Kimya on a track from a mile away. Two truly unique music personas coming together. I could make a United states melting pot reference, but I shall resist. I guess I’m not surprised that they made a song solely about types of sandwiches…and that I somehow like it. Anyway, I’ll leave you with this one from the album “Hokey Fright” mostly about a laundromat.

My friend Trev Lee takes amazing photos. Breathtaking, awe-inspiring photos. You should check out his stuff through the various channels listed below. I bet you will not be disappointed. I’d go so far as to stake my reputation on it. In fact if you don’t like Trev’s photos you can hold me personally responsible and never visit my blog again out of spite. He’s just that good. 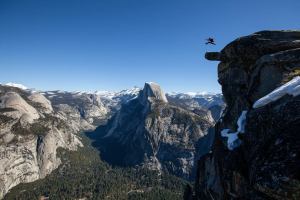 increased, as in size, volume, expanded; dilated, or swollen

“One gold link, caught on a nail and the whole bracelet stretched out behind me, distended, pulled like a long taffy.”

Have you checked out saidthegramophone.com? It is a great music blog. A strictly music blog. They have done a list of 100 best songs since 2005 and it is worth flipping through. It’ll be like diggin’ in the crates at a record shop that’s been running since the 70s. Said the Gramophone is one of the oldest music blogs around. They like to post good music and talk about it. It’s that simple.

They did include Katy Perry’s roar on the list. Don’t hold that against this site until you read what they wrote in regards to it:

“All right – I waffled for weeks about whether to include “Roar” on this list. Not because it doesn’t deserve to be. Not because it’s mainstream pop – as evidenced elsewhere, I have no problem celebrating bubblegum. But there is a certain politics here. Somehow, listing “Roar” feels like conceding defeat. Conceding defeat to corporate masters, commercial interests, the military-industrial machine that fueled millions of dollars into a laboratory-honed hit. The same issues are in play with Drake, Miley Cyrus, Daft Punk, Beyoncé or even Phoenix, but “Roar”, in particular, feels like a culmination, a quintessence, of our gamed means of musical production. “Roar”‘s undeniable steamroller of hook seems almost pharmaceutical in its attention to detail – ingredients that have been tested, double-blind, lyrics borrowed from other successful (and triple-patented) products, polished and packaged and then beamed directly into my ears, in a thousand shops and shopping-malls and children’s parties. Katy Perry is a real person but this catchy masterpiece is as soulless and bullshit as Walmart’s Boxing Day flyer, as a commercial for Old Spice or Dove, as the score in a play-off game by my beloved Habs. Beware.” – said the gramophone

An instrumental banjo track you say? Well I have one handy. Wait until they really get into it. You’ll be stomping your foot. I Bill Guarantee it. That’s such a Pittsburgh reference. All good if you don’t get it.